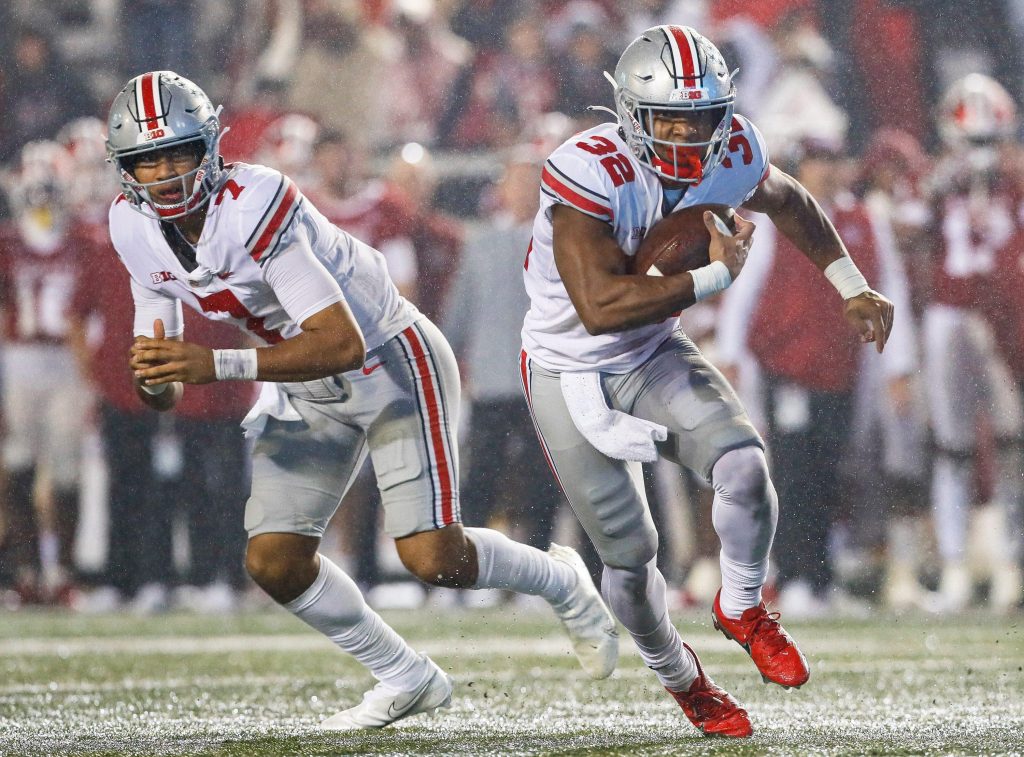 The 2022 campaign could be revenge tour for the Ohio State Buckeyes, who were heavily favored in the Big Ten last year but suffered a rare loss to arch rival Michigan at the end of the regular season. That knocked Ohio State out of the conference title game and also prevented them from earning a spot in the College Football Playoff.

Will the Buckeyes get back on top of the Big Ten this season? They are expected to do so; in fact, they are among the top favorites to win it all. With the 2022 college football campaign beginning later this month, it’s time to take a look at what could be on offer in Columbus.

Ohio State is a +300 second favorite to win the College Football Playoff. That trails only Alabama (+175).

Ohio State is a huge -320 favorite to capture another Big Ten East crown. Michigan is a +400 second choice.

The Buckeyes suffered a 35-28 loss to Oregon on Sept. 11, but because it happened so early in the season they had no trouble putting themselves back in the mix. In fact, they were in fine shape in both the Big Ten and the National Championship pictures after winning their next nine games en route to a 10-1 record heading into the regular-season finale at Michigan. A surprising 42-27 setback in that heated rivalry game ended the Buckeyes’ chances of achieving their lofty goals. They settled for a Rose Bowl berth and scraped past Utah 48-45. Sophomore quarterback C.J. Stroud (4,435 passing yards, 44 TDs, 6 INTs) finished second in the Heisman Trophy voting behind Alabama QB Bryce Young.

Stroud is back along with RB TreVeyon Henderson. Wide receivers Chris Olave and Garrett Wilson were first-round picks in the NFL Draft, but Ohio State will reload at that position with Jaxon Smith-Njigba and Marvin Harrison Jr. Smith-Njibba went absolutely crazy in the Rose Bowl, torching Utah to the tune of 347 yards and 3 touchdowns on 15 receptions. Harrison also found the endzone 3 times. Stroud is a +240 favorite to win the Heisman Trophy in 2022, leading Young (+380) and Southern Cal quarterback Caleb Williams (+700). By Ohio State standards the defense last year was somewhere between mediocre and bad. You can only assume improvements will be made under new coordinator new coordinator Jim Knowles, who will be working with a more experienced unit than the one that was on display in 2021. Overall, there is a lot to like about these Buckeyes.

Although a -215 number may seem like significant juice to win a major conference title, it’s not too big to shy away from a team like Ohio State. As usual, their roster is loaded. The schedule looks favorable, as well. Head coach Ryan Day’s squad will entertain Michigan, Wisconsin and Iowa all at home. The toughest conference game could be at Penn State. It’s just hard to see a Big Ten opponent seriously challenging Stroud and the Buckeyes.