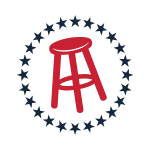 When the first Stanley Cup odds were posted on July 9, 2021, the Colorado Avalanche were the betting favorite. As the NHL regular season got underway in October, the Avs still were holding forth as the chalk.

Entering the stretch drive of the regular season, the Avalanche are maintaining their place as the team to beat for the Stanley Cup.

Odds as of April 14th at Barstool Sportsbook

The Atlantic Division-leading Florida Panthers are the top Eastern Conference contender. They’re set as the +575 second betting choice. At +750, the Pacific Division frontrunners the Calgary Flames are at +750. They’re the only other team offering odds shorter than +1000.

On the other hand, the NHL betting lines aren’t liking the two-time defending Stanley Cup champion Tampa Bay Lightning to turn in a threepeat performance in the NHL playoff predictions. Oddsmakers are providing +1100 odds on the Lightning again winning the Stanley Cup.

It’s been Colorado’s year for a few years now, so what’s different this time around? Well, for starters, they’ve been the NHL’s most dominating club all season long. Colorado leads the league in points percentage (.767), points (112) and wins (53). The latter is a new franchise record.

The Avs were the first NHL team to the 70, 80, 90, and 100-point marks this season, and the first team to 30, 40, and 50 wins. Defenseman Cale Makar has scored a franchise-record 26 goals and is the favorite in the Norris Trophy odds. Center Nathan MacKinnon is a contender in the Hart Trophy odds.

The last time the Panthers won a playoff series, they ended up losing the Stanley Cup final to the Avs. That was in 1996. Florida’s offensive productivity is impressive. With 4.14 goals per game, the Panthers are the only team outscoring the Avs (3.84).

However, they are allowing 2.90 GPFG, and Florida’s goaltending is worrisome. Veteran Sergei Bobrvosky was pulled from two of his last four starts. If he doesn’t find consistency, would the Panthers turn to rookie Spencer Knight? Also, #1 defenseman Aaron Ekblad is out injured.

Florida will have a tough enough time getting out of the East. Colorado is the much better Stanley Cup bet.

Should Teams Fear 1st Round NHL Playoff Matchup vs Boston?

The big, bad Bruins sometimes look the part. Other days, they’re just bad. In recent games, Boston beat Tampa Bay twice. They also lost to Washington, St Louis, and Toronto. Thin on defense, the Bruins are also relying on rookie goalie Jeremy Swayman. Boston is still a team that goes as Patrice Bergeron, and Brad Marchand go. There never seems to be a Plan B with the B’s.

Boston Bruins will be holding open tryouts at TD Garden for defensemen as they will have none left by the weekend.

Boston’s future may rest in where the Bruins fall in the NHL playoff bracket. Currently the first Wild Card in the East, Boston would play the Carolina Hurricanes if the playoffs started today. The Bruins are 0-3 against the Canes this season.

Moving into second or third in the Atlantic would offer Boston the chance to play the Lightning, who Boston has played well against, or the Leafs, who haven’t won a playoff series from the Bruins since 1959.

In Igor Shesterkin, the New York Rangers have a top contender in the Vezina Trophy odds, the kind of goalie that can win playoff series on his own. Adam Fox was last season’s Norris Trophy winner. Forwards Artemi Panarin and Mika Zibanejad are dynamic offensively, and Chris Kreider has produced a 50-goal season.

No one in #NHL history has done what Chris Kreider has done. #NYR Take a Listen. pic.twitter.com/xPCprdWkqV

At the NHL trade deadline, the Rangers beefed up the bottom-six forwards with the additions of Frank Vatrano, Andrew Copp, and Tyler Motte.

At +1700, the Rangers offer tremendous value in the Stanley Cup odds.