In March of 2020, Brian Vasile faced a series of major life events that could’ve easily derailed his year.

A week after the owner of Grand Central in Washington, D.C., got divorced, his bar was temporarily closed due to COVID-19. Vasile decided to channel his time and energy into something positive: pursuing a retail sportsbook license for his popular local joint.

After working through several time-intensive steps — including payment of a $100,000 non-refundable application fee — Vasile and Grand Central eventually received the sportsbook license. With the license, Grand Central prepared to offer a sports betting operation with the help of Elys Gaming Technology.

In October 2021, Grand Central launched its retail betting operation powered by Elys Gaming. And while many other bars and restaurants in the D.C. area were unable to make it through the pandemic, on April 6 Grand Central celebrated its 15th anniversary.

Vasile believes his excitement about the sports wagering operation is matched by that of his customers, including the many die-hard Buffalo Bills fans who frequent his bar. A longtime Bills supporter himself, Vasile has hosted Bills watch parties for years, and Grand Central has developed into the go-to spot in D.C. for Bills fans to gather. Vasile makes the Adams Morgan bar feel like home on Sundays, serving food and drinks commonly offered in Buffalo, like chicken wings and Labatt Blue.

Adding a sports wagering operation to the bar hasn’t drastically altered the Sunday viewing parties. The owner joked that he just needed to educate some of his fellow Bills fans about the potential for a few new customers backing rival teams. The betting kiosks are to blame for that.

“I was like, ‘Hey, if somebody cheers for the Patriots in this game, go easy on them. It’s usually some sort of financial reason,’” Vasile said.

Whether you’re a middle-aged Bills fan, a tourist hoping to grab an affordable beer and place a few bets, or a college student looking to grab drinks late on a Saturday night, Grand Central holds appeal. The bar even has a photo booth in the same room as three of its four betting kiosks. 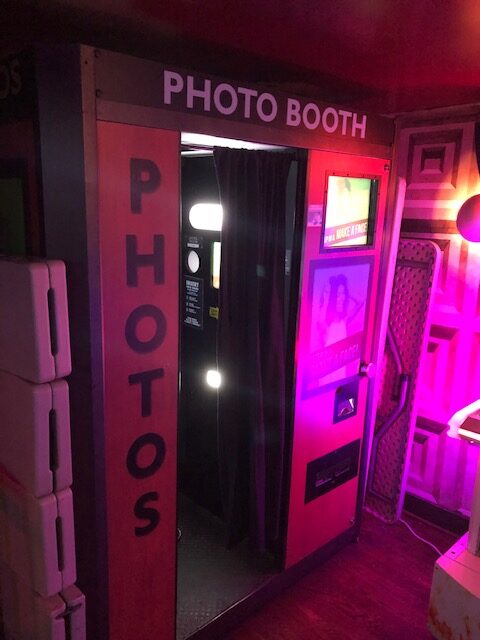 Vasile described the bar’s atmosphere as “laid back” and “blue collar,” which differs from the vibe at the sportsbooks at Capital One Arena and Nationals Park. Grand Central is a local bar, and it feels like it, while those larger retail sportsbooks feel less intimate.

Implementing a sports wagering operation — the location has four kiosks and two ticket counters — hasn’t hurt the bar’s inviting atmosphere. Vasile believes it’s made his customer base more diverse, attracting interest from customers who might not have ordinarily stopped by for a few hours.

“It’s brought in a new demographic and new business, which we wanted, and it’s given another entertainment to the folks who were here already,” Vasile said.

Worth the effort to secure a license

Pouring time and energy into acquiring a sports wagering license came with risk, especially during a pandemic that doomed many small businesses, but Vasile loves the addition to his business.

He’s added new TVs throughout the establishment to better cater to sports fans stopping by to watch games. It doesn’t offer the same viewing experience in terms of number and size of TVs as the major retail sportsbooks in the area, but the bar offers plenty for sports fans without overdoing it.

When Grand Central first opened its retail betting, it had one ticket window and two kiosks. The addition of two kiosks and a second ticket window should help limit lengthy lines during the NFL season. While mobile wagering isn’t available at the location, users can build a bet slip on their phones, use their phones to scan a barcode at one of the kiosks, and the ticket will populate on the kiosk. 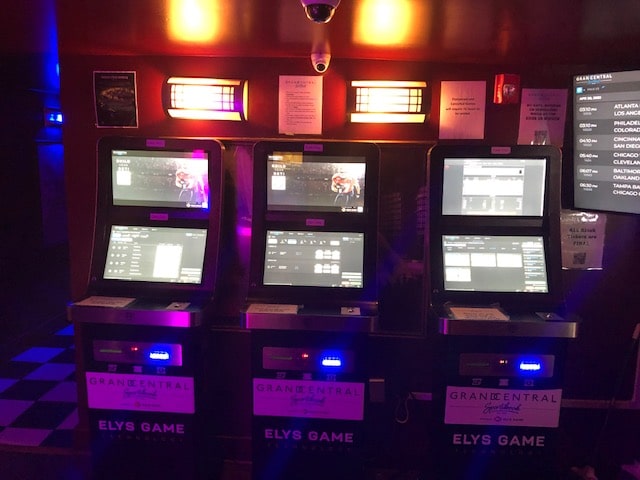 “Even with the build-a-bet, our lines were long on Sunday,” Vasile said. “We couldn’t get the bets in fast enough. Now we’ve doubled our point of sales, and we’ve had a year of marketing, and a year of people knowing that we’re open. I’m expecting good things.”

After a couple of challenging years in the bar business, Vasile feels grateful that Grand Central is still alive. He worked hard to have his bar become a locally owned sportsbook, and he’s excited for what’s to come the rest of this calendar year, especially with the Bills expected to be a top Super Bowl contender.

In an ideal world, Vasile’s favorite team will win plenty while failing to cover the spread as a favorite, ensuring they rise up the AFC East standings and his sportsbook profits as customers drop a few bets. While his financial interest in Bills games has increased since adding betting kiosks to his bar, Vasile says he’d be just as happy watching Josh Allen and company win every game in blowout fashion, as long as they hoist the Lombardi Trophy.