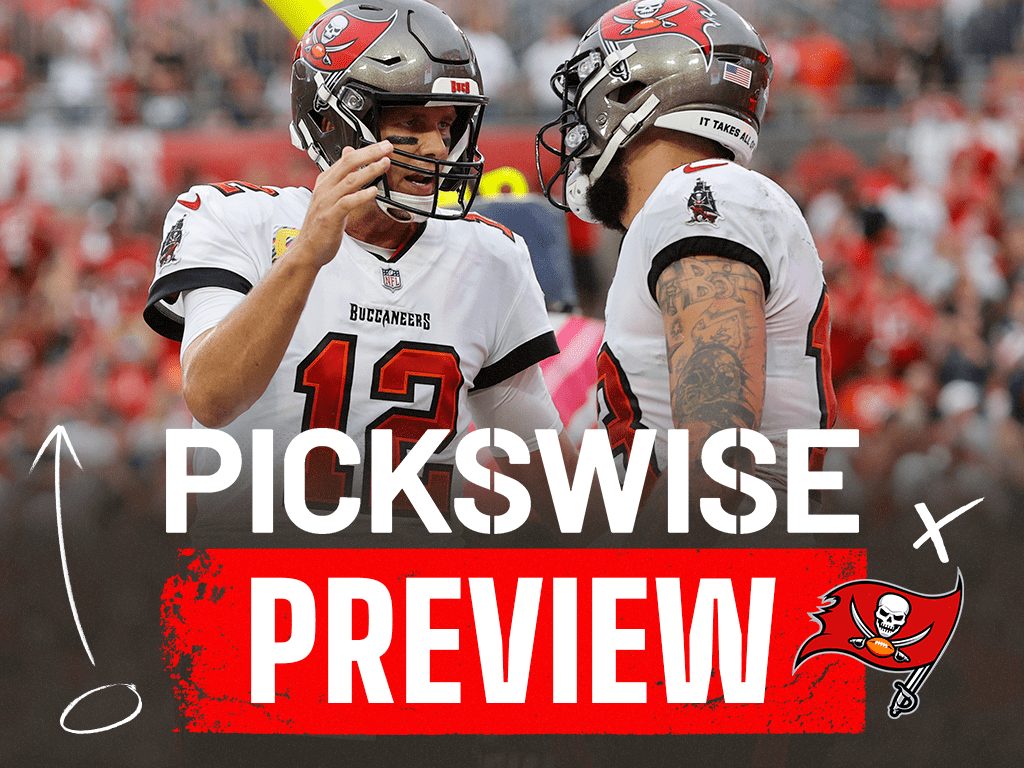 Tom Brady is back. That, of course, was the obvious main talking point of the Tampa Bay Buccaneers’ offseason. Brady, 44, retired in February but that did not last long at all and he announced in March that he would return. Unsurprisingly, Brady’s first two seasons in Tampa were smashing successes. The Bucs won the Super Bowl two years ago and in 2021 they ended the New Orleans Saints’ reign atop the NFC South before losing to the eventual champion Los Angeles Rams in the playoffs.

With the 2022 NFL season a little more than a month away, it’s time to break down the Bucs and see what’s in store for what could be Brady’s swansong. Maybe? Or not?

The Bucs are +700 to win Super Bowl LVII, which has them as the second favorite behind only the Buffalo Bills.

Interestingly, the Bucs got swept by the Saints. Nonetheless, Brady and company still made a mockery of the NFC South. They won it by four games, compiling a 13-4 record to New Orleans’ 9-8 mark. Not unlike in Brady’s first season, the Bucs started relatively slow (6-3 through nine games) before coming on strong (7-1 in their last eight). They destroyed the Philadelphia Eagles in the wild-card round before losing a wild affair with the Rams during divisional-round action. Brady finished runner-up to Aaron Rodgers in NFL MVP voting after throwing for 5,316 yards with 43 touchdowns and 12 interceptions.

Some year Brady will have to start slowing down, right? Maybe so, but this year is not necessarily the year. There is no sign of it happening, and even if it does happen as long as it’s only a minor step back Tampa Bay could be just as good as it was in 2021. After all, it’s not like this team is just Brady. The only unit that will look much different is the offensive line, but the Bucs’ offseason additions should more than make up for the subtractions. Although Chris Godwin is coming off a torn ACL, Julio Jones was brought in as some high-upside insurance. If Rob Gronkowski stays retired, Cameron Brate can pick up the slack. Tampa Bay finished 13th in total defense last season and it should once again be hovering around the top 10. Now that there is no hole at quarterback, this team looks poised for a lot more success.

If the Bucs can weather an early storm of Dallas on the road, New Orleans on the road, Green Bay and Kansas City, they should be off to the races. The schedule lightens up the rest of the way (how could it not?), as they get two games against both Atlanta and Carolina while also entertaining the Saints at home on Dec. 5. When plus money is being offered on Over 11.5, I will grab it.

As mentioned above, I’m willing to take Over 11.5 at plus money. The Bucs may not finish with the best record in all of football, but a 12-5 mark is certainly realistic.