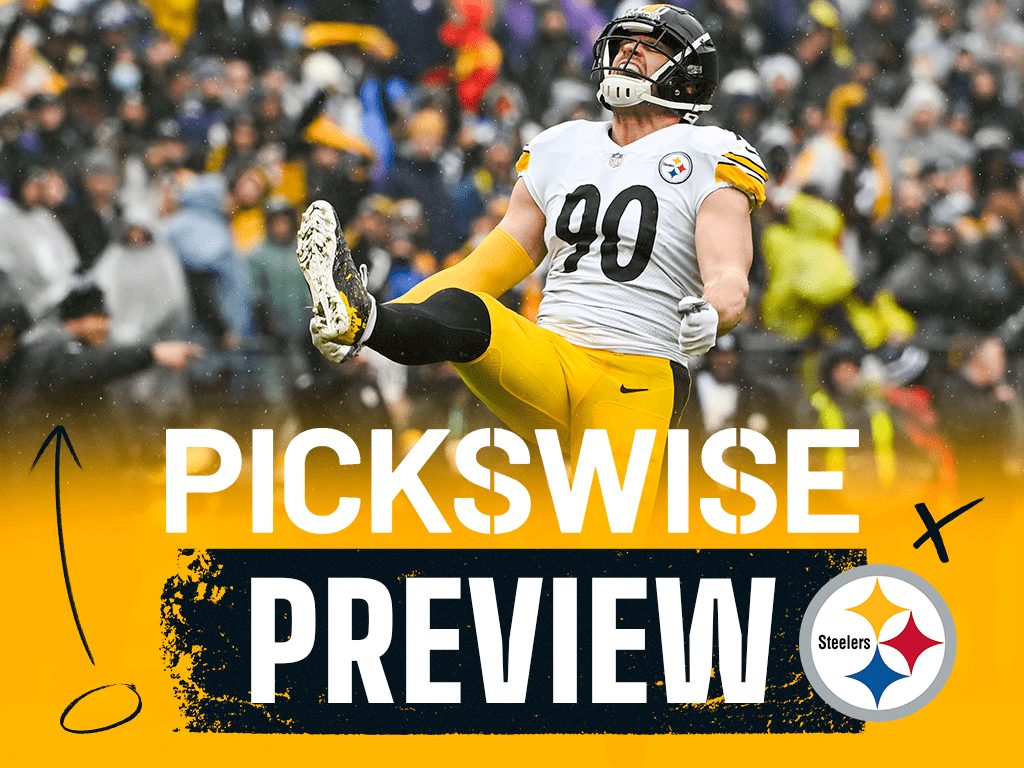 No franchise turns over head coaches slower than the Pittsburgh Steelers, and in recent decades they have been changing quarterbacks at an even slower rate. While the Mike Tomlin era is alive and well in Pittsburgh, the Ben Roethlisberger era has finally come to an end. Following Roethlisberger’s retirement this offseason, the Steelers used their first-round draft pick on QB Kenny Pickett – ironically, of Pittsburgh University.

Will the Steelers take a step back with a rookie under center, or will Tomlin maintain his well-oiled machine and put it pack in the playoffs? Let’s take a look at what could be in store for Pittsburgh during the 2022 NFL campaign.

The Steelers are +9000 to win Super Bowl LVII, which has them ahead of only nine teams.

At +950, the Steelers are the longshots in the AFC North. The Baltimore Ravens are +160 favorites.

The Steelers could not have made the playoffs in any more dramatic fashion than they did. Heading into the final week of the regular season, Pittsburgh needed a win over Baltimore and any result other than a tie in the Raiders-Chargers game. Roethlisberger and company completed leg one by outlasting the Ravens 16-13 in overtime. Shortly thereafter, sure enough the Raiders and Chargers came ever so close to tying. That contest also went into OT and dwindled down to the final seconds, when Las Vegas kicker Daniel Carlson sent Pittsburgh to the playoffs by nailing a game-winning field goal as time expired for a 35-32 win over the Bolts. That prolonged Roethlisberger’s career by a week – and only one week. Unsurprisingly, the Steelers were unable to make the most of their postseason berth. They had to go on the road to Kansas City and promptly got thumped by the Chiefs 42-21.

Pittsburgh already wasn’t great last year and now it is a team in transition with Roethlisberger and Smith-Schuster now out of the picture. That being said, I don’t think the Steelers are going to fall off a cliff. Head coach Mike Tomlin is too good to let that happen. Pickett is walking into an ideal situation. Whether he starts in Week 1 or not until later in the 2022 campaign, he will have plenty of help around him in the form of Diontae Johnson, Chase Claypool and Pat Freiermuth plus rookie receiver George Pickens. Najee Harris is one of the best running backs in the business. The other side of the ball features pass rusher extraordinaire T.J. Watt, safety Minkah Fitzpatrick and new linebacker Myles Jack. There may be some minor growing pains in Pittsburgh, but I don’t think the learning curve will be steep.

Most hardcore football fans will be aware of this statistic: in Tomlin’s 15 seasons as head coach, not once have the Steelers compiled a losing record. Even if you already did know that stat, it doesn’t make it any less amazing. Yes, that means Tomlin has never won fewer than 8 games. And now he has 17 chances to do so (as he did last season) after the NFL expanded to 18 weeks starting in 2021. It’s true that he no longer has Roethlisberger at his disposal, but Big Ben wasn’t very good last year and Pittsburgh still went 9-7-1 and snagged a playoff spot. There is no reason why this team can’t once again get to – or exceed – the 8 mark. At the very least this should be a push, but I think the Steelers will go over.

The Steelers probably aren’t going to be great, but I just can’t see a Tomlin-coached team being bad. Give me a mediocre record that exceeds their quota of 7 wins, so let’s make it 8-9.